About Us - Who are we?
Why have we created this website?

Well to answer your (my) first question, We are collectively known to ourselves as The Bears. This is not because we are big, hairy and aggressive...

It is because We live in a cosy cottagey sort of house in a small village in Wiltshire, England.

We like to think it resembles the cottage in Goldilocks and the Three Bears and as there were initially three of us, well...

We are surrounded by fields of cows (in the summertime) and have cats, ducks and chickens just to complete the picture of a rural idyll.

The animal population fluctuates somewhat due to old age (animals, not ours!) and the determination of the local badgers and foxes, but that's life.

There is now an honorary fourth bear so currently (in no particular order) we are:

I work as a software engineer and have done for more years than I care to remember. The developing Father Christmas beard is a bit of a give-away!

I started when punched cards were in fashion and windows were things you looked out of, not cursed at.

I am greatly looking forward to retirement when I can spend more time on greek adventures and putting the results on this website.

Me and Mrs S on a picnic

She works as something complicated in education.

Neither of us really understand what the other does at work. But we are happy.

We both love Greece and have had several land based holidays there. Now we have discovered sailing, so what could be better than combining the two by Sailing Greek Islands.

The only bearlet. After prolonging her university career as long as possible she started work in various customer service posts in Essex, but she has now decided to follow in her mothers bear prints and become a teacher.

This involved returning to Wiltshire and 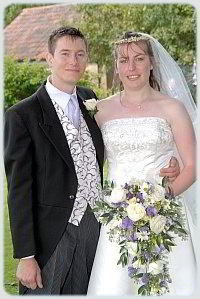 On their Wedding Day

An honorary bear. He could have been Goldilocks I suppose but dresses don't suit him!

Once in the RAF but now in civvy street he works in transport, changing jobs as he dutifully follows his wife on her quest for a fulfilling career.

When I use the term 'We' around the site it could mean any combination of Mr S, Mrs S, Daughter and Son-in-Law. And quite often all four of us depending on the time and place. 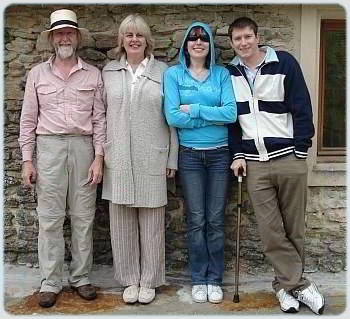 The Bears in France

But I will only tell you if it really matters.

We enjoy just about everything we do, particularly... 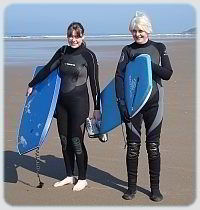 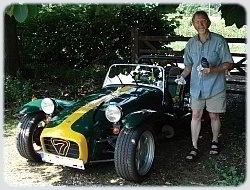 As to the second question ...

In fact we live such a great relaxed life that we wanted somehow to share some of our ideas and activities with the big wide world. That was when I suggested a website on which we could put photos, videos, stories etc. for everyone to see.

Despite me being a software engineer I didn't really know how to start. Then after much research and deliberation I stumbled upon this thing called Site Build It! (see footer) which is how this site has been built and hosted.

Hopefully I'll eventually get a bit of dosh from adverts etc. but not yet. The idea is to have further sites to share some more ideas when we get the hang of things.

Anyway, we hope you enjoy it.

Back to Greek Islands from About Us